Dead or Alive Slot; A Slot that’ll have you in a Show down in the Wild West, where you’ll help capture feared outlaws such Billy The Kid and Jesse James for some big cash rewards. Dead or Alive is a Netent made Video Slot, which is considered to be high variance. It’s set in the 19th Century Wild West America, where’s it’s your job to help catch the felons and get some coin rewards for your efforts.

How to Play Dead or Alive 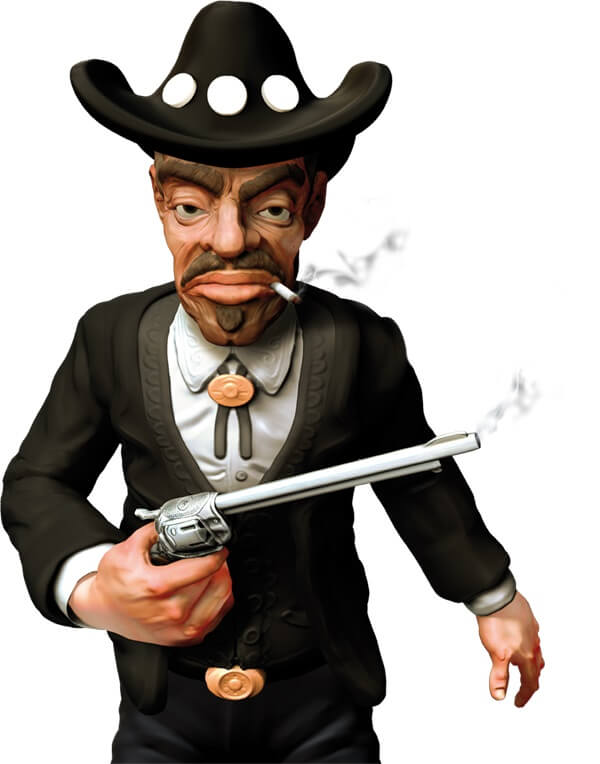 NetEnt’s Dead or Alive Slot features some high quality cartoon like graphics which depict a saloon style scene in the nineteenth century. Expect to see prolific outlaws of that time feature on the icons, such as Jesse James and Billy the Kid.

Netent’s Dead or Alive Slot is designed with 5 reels, 3 rows and a total of 9 pay lines. One thing to know about Dead or Alive Slot is that it’s considered high variance. This means that it may chew away at your casino balance for a bit, with little wins, but when you win eventually, you’ll win much larger sums of coins.

This is opposite to a low-medium variance slot, which offers wins more frequent yet lower amounts of prizes. So it’s something to keep in mind, but due to its high variance features, has amassed a bit of a following as is a very popular Netent Slot.

Let’s get started and playing Netent's Dead or Alive Slot. Set the slot up with the betting limits you prefer. Dead or Alive Slot has a choice to set it up between 1 to 9 win lines, with 4 different bet levels.

It’s fair to say that Dead or Alive Slot doesn’t offer too many extra features but it does feature a main Free Spins game, which, aside from the slot being high variance, is definitely one of the biggest sell factors, as they make way for extra winning chances.

To trigger the free spins game, you need to land 3 or more of the ‘Gun' Scatter symbols and get them to appear anywhere on the reels. Get these and you will be rewarded with 12 free spins with an extra bonus in the shape of a 2x multiplier, which should reward you with some nice juicy wins. Multipliers are designed to maximise your winnings so in this case, they will double your coins that you win from the free spins game (x2).

What’s more is that also during the Free Spins round, there’s a ‘Sticky Wild feature’ which will also help you win more. The Wild symbols are depicted by the ‘Wanted Poster’ and they will become sticky wild symbols during the free spins game. Put simply, this means that they will hold their position on the reels for the duration of the free spins feature, netting you more wins for you as they will hopefully activate more winning pay lines! The most you can win during this round is a massive £54 000! 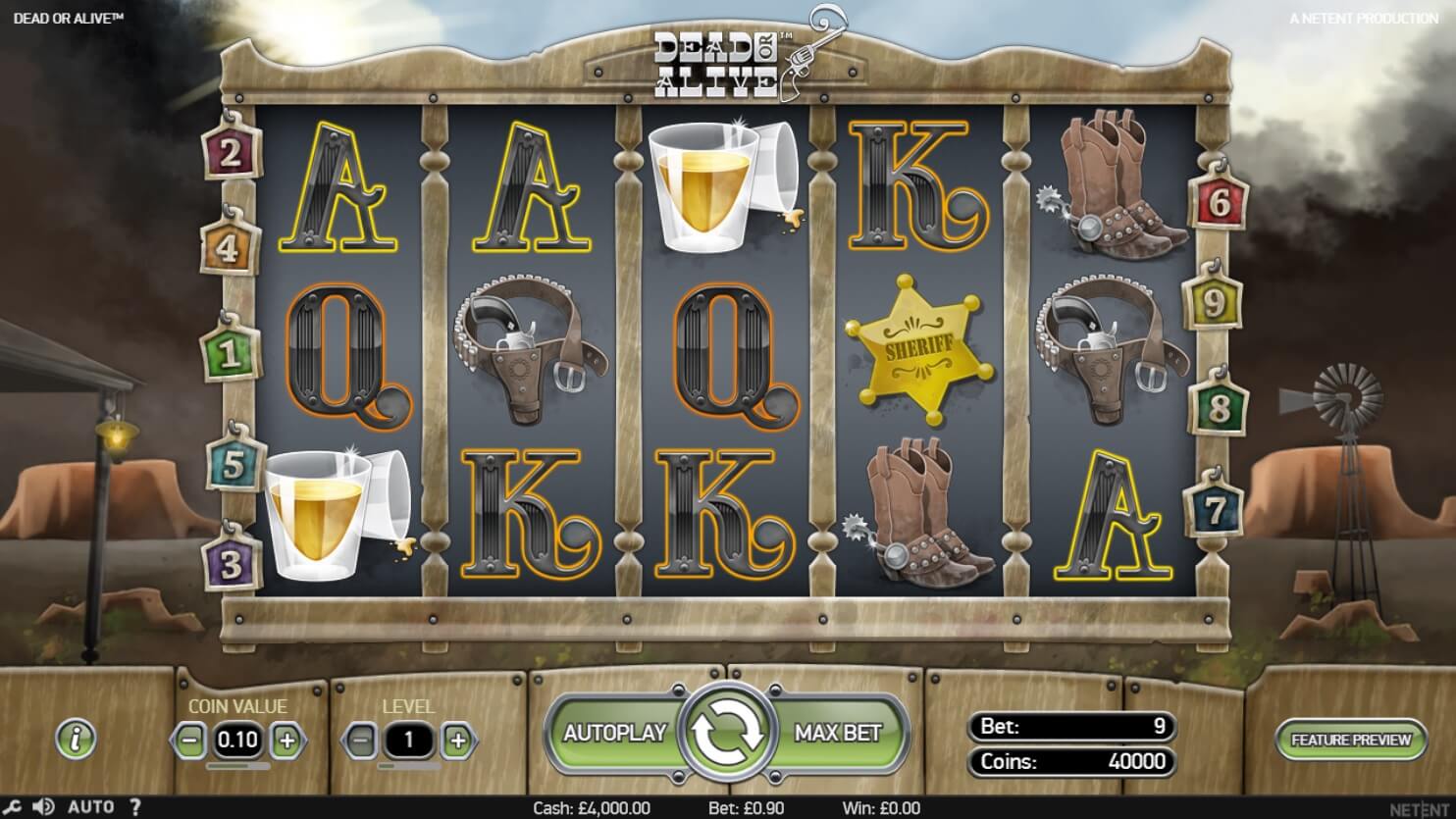 Dead or Alive is not currently available to play in the Netent Touch™ series right now. This means that if you are playing on a mobile device then you won’t be able to find Dead or Alive Slot. We will update this section when it (hopefully) does. Netent Touch™ are the specially adapted series of desktop slots which have been made fully mobile responsive to be played on all mobile platforms and devices. If you are looking for a high variance mobile slot to play in instead of Dead or Alive Slot, then try out Netent's Piggy Riches Touch.

Netent's Dead or Alive has a fantastic theme, and it will have you feeling as though you’re in the middle of a Wild West Standoff. If you play Dead or Alive Slot, be prepared to stake out some of your coins before you see a large win, as it’s a high variance slot, but for some people this only adds to the excitement of playing.

The free spins feature combined with the x2 multiplier is a nice touch, especially as they also feature sticky wilds, so this good to know getting this feature will not only doubling your wins, but the sticky wilds help you win more too. Dead or Alive is a fun slot and recommended to play, where you can play at some recommended Netent casinos below, all of which have the best Netent free spins and bonuses or course!

Where You Can Play Dead or Alive Slot