Pyramid Quest for Immortality is NetEnt’s first Ancient Egypt and Pharaoh themed online slot. Visually it’s a stunning affair, packed with a lot of extra features too – from Avalanche reels, Multipliers and a really obscure layout giving you 720 ways to win!

Pyramid: Quest for Immortality Slot is a striking looking Netent Slot and offers quite a lot of thrilling in game features; welcome a slot which offers a unique 720 ways to win pay line structure, Avalanche Reels and frequent wins which are subject to a multiplier which can go up to x10!

How to Play Pyramid: The Quest for Immortality 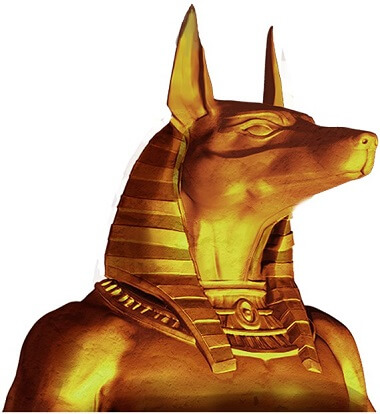 Netent’s Pyramid: Quest for Immortality slot you may instantly think bears a resemblance to Netent's own Lost Island Slot in terms of the colours they’ve used, but it also is similar to Novomatic’s very popular Pharaoh themed - The Book of Ra Slot in terms of its looks, design and theme.

Pyramid: Quest for Immortality is designed with a really nice looking ancient Egypt theme, which includes ancient Egyptian icons, Cleopatra and Hieroglyphs and other symbols on the reels, and the reels are set against a back drop of rich, imposing Sphinx like statues at the top of the slot.

Pyramid: The Quest for Immortality’s soundtrack is subtle, and gently adds to the thrill of playing this high variance slot, you can hear the thuds of the Avalanche reels falling and then exploding when you win something!

Pyramid: Quest for Immortality Slot is designed with 5 reels and a really unique layout. Rather interestingly, the reels are laid out in an odd looking format that has a 3x4x5x4x3 row structure, which offers a whopping 720 ways to win! You may recall that another one of Netent's slots also offers a more unique row structure, in a staggered format, which was Dazzle Me Slot.

To get started, simply set up Pyramid: Quest for Immortality slot so that you’re playing within your preferred betting limits and comfort zones. You can play Pyramid Quest for Immortality from as little as £0.10 to a massive £200 a spin, so it could be considered a slot perfect for all types of players no matter what levels you prefer betting at, it has them all covered.

A little tip from us however, is that this Netent slot is considered a high variance slot, which can mean less frequent, smaller wins, but you'll get big wins when you win. Some people love playing this types of slots for the thrills, and some others don’t as it can eat into your casino bank roll after long periods of time without a top up. Nothing to be put off by, but something to keep in mind when choosing bonuses etc.

Pyramid Quest for Immortality slot offers you a lot of enjoyable and exciting in-game features to keep you in suspense whilst playing. Pyramid Slot uses ‘Avalanche Reels’ technology, which is the same as they first used in ultra-popular Gonzo’s Quest Slot.

All this really means is that when you ‘spin’ the reels, the symbols will 'fall' into positions like blocks, instead of the traditional spinning action. When you get a winning combination once spun, the winning symbols will then explode and disappear, and will leave a space for new symbols to fall into that place, hopefully giving you more wins.

This will continue until you get no more winning combinations, so it’s quite a nice feature as it's different to playing regular slots where the reels have the traditional spinning action.

When you hit a win, it will start the 'Avalanche Meter' which is located in the top right hand corner of the slot’s screen. When you reach three consecutive wins, a 2x multiplier will be applied. The multiplier will then increase one by one, for every three further successive avalanche wins you get, until it'll go up to a massive x10 multiplier. If you get to that stage then it means a big win payday is yours.

The Wilds are something to look out for in this Slot. If Wilds appears at the top of reels 2, 3 or 4 and forms part of a winning combination, it will transform into a wild symbol for the next Avalanche which only creates more win chances!

Pyramid Quest for Immortality has a 96/48% Rtp and is considered to be a medium variance slot. 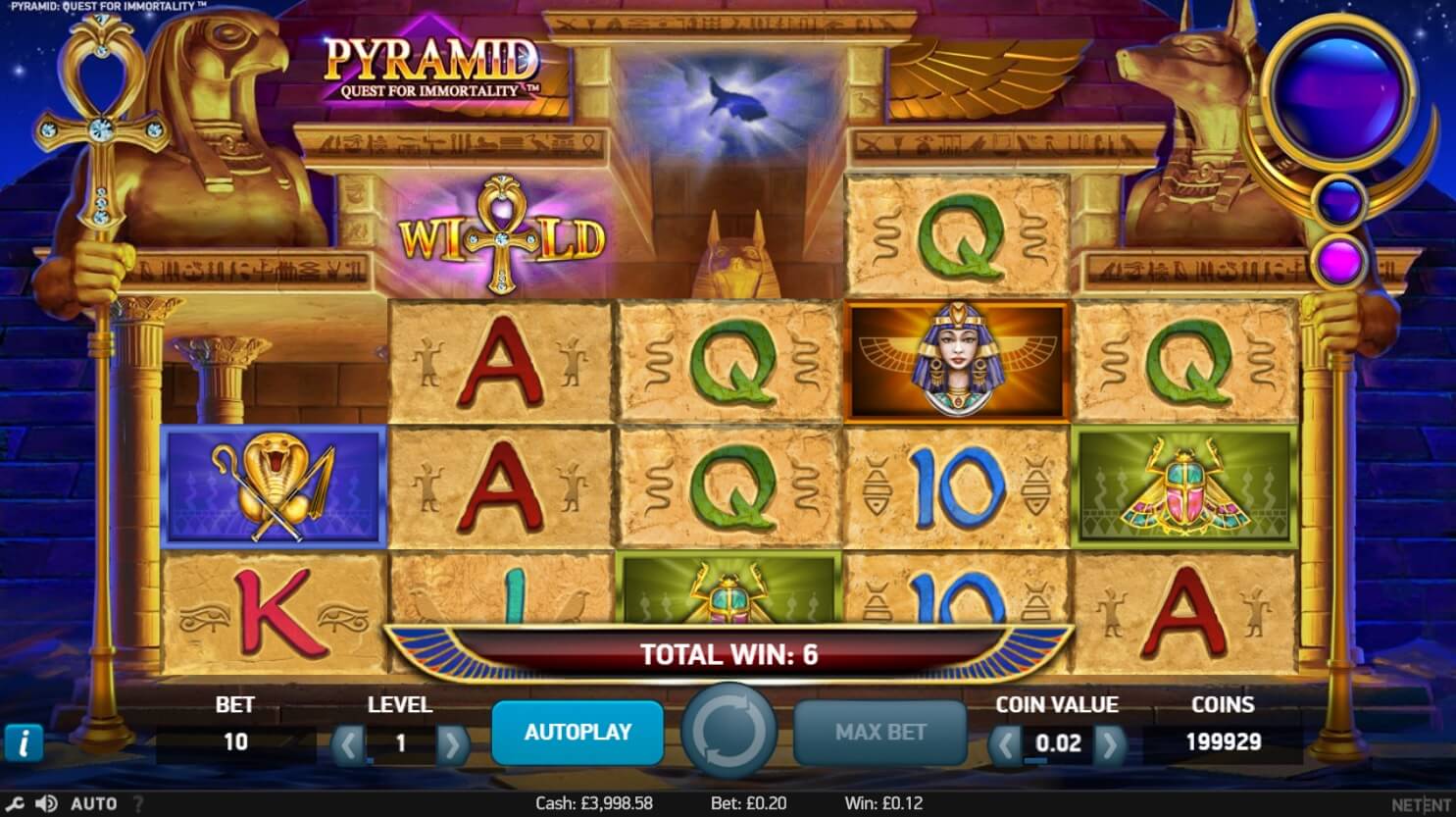 Pyramid Quest for Immortality can be played pretty much all (modern!) mobile phones and tablets with touch screens as it forms part of the Netent Touch™ range. Netent’s Touch™ slots are slots which are specially adapted from the main web version that you may play on your laptop of PC, so that they respond to touch screens and are able to be played on smaller, mini devices as well.

Pyramid Quest for Immortality Mobile Slot looks great on smaller mobile devices (we tried it on our iPad – our playing preference) as it does on the main desktop. It’s probably one of our favourite looking slots, due to the design and colours; high quality and purple and gold are always great playing colours.

There's nothing really lacking for Pyramid Quest for Immortality Touch™ , all the features are there as the main version, and if anything, it's more simple to play in the Touch™ format - and this is what Netent Touch Slots are renowned for: easy usability and freedom of playing where ever you want to sit.

Pyramid Quest for Immortality Slot is a great looking slot which offers lots of entertaining features. Netent has done it once again on their road map to delivering some stylish, innovative just different!

When we were reviewing Pyramid Quest for Immortality, we were actually quite surprised that it's NetEnt's first Egyptian Pharaoh themed slot, and as we said, it’s quite similar to Novomatic’s Book of Ra Slot which is really popular in itself, as it was first and still is a really popular land based casino slot. So perhaps NetEnt waiting a while before coming up with the goods of a really good slot similar, which is almost better!

Where You Can Play Pyramid: Quest for Immortality Slot